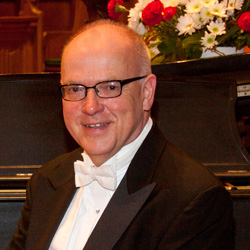 Since 2005, Richard Coffey has been the Music Director of The Hartford Chorale, the region’s principal symphonic chorus, appearing frequently with the Hartford Symphony Orchestra and offering significant concerts on its own and in association with other orchestras and instrumental ensembles. In this role, Mr. Coffey has conducted the Hartford Chorale and the Hartford Symphony in concerts of major works in Hartford’s The Bushnell Center for the Performing Arts and other venues. Whether as chorusmaster or conductor, Mr. Coffey has served Hartford Chorale in acclaimed regional performances of the Bach Christmas Oratorio, the Beethoven Missa Solemnis and Ninth Symphony, the Berlioz Te Deum, the Bernstein Chichester Psalms, the Brahms Requiem, the Britten War Requiem, Elgar’s Dream of Gerontius, Handel’s Messiah, the Mozart Requiem, Orff’s Carmina Burana, the Poulenc Gloria, the Vaughan Williams Hodie, the Verdi Requiem, and Xian Xinghai’s Yellow River Cantata.

In 2017 Mr. Coffey led the Chorale on a “Jewels of Europe” tour of Vienna, Prague and Budapest, with singing engagements at the Stephensdom in Vienna, St. Salvator Church (Church of the Holy Savior) in Prague, and the 14th century Matthias Church in Budapest.

In 2014 the Chorale toured under Mr. Coffey’s direction, with performances in Chartres Cathedral and, in Paris, the American Church and Église Saint-Étienne-du-Mont, where Maurice Duruflé was for many years organist and director of music.

In 2008 Mr. Coffey and the Hartford Chorale, with the New York Choral Society, engaged in a singing tour of China at the invitation of the Chinese Cultural Ministry, presenting performances of the Beethoven Ninth Symphony and Philip Glass’s epic tone poem Itaipu.

From 1972 until 2017, Mr. Coffey was Minister of Music for the South Church of New Britain, Connecticut, where he directed a distinguished choir of professional and volunteer musicians in liturgy and in concert. In 1973 he established The Music Series at South Church, a community performing arts presenter, and in 2003, he established, through South Church, a region-wide nonsectarian choir for children, The Main Street Singers. Mr. Coffey has served on the music faculties of the Hartt School and of the University of Connecticut. From 1988 until 1993, he was Chorus Master for the Connecticut Opera Association.

In 1992, Mr. Coffey was named Choral Director of the Year by the Connecticut Chapter of the American Choral Directors Association, in recognition of “outstanding contributions to the advancement of choral music through distinguished service and the highest standards of performance.” In 2007, he received a Major Achievement Award from The Hartford Symphony Orchestra in recognition of his “outstanding and inspiring artistic leadership of the Symphony’s two major choral partners, CONCORA and The Hartford Chorale,” and in 2008 the Greater New Britain Arts Alliance presented him its award for Lifetime Achievement in the Arts. Mr. Coffey was the 2009 recipient of the Alfred Nash Patterson Lifetime Achievement Award, presented to individuals who have made exceptional contributions to choral singing and its culture within New England.

Mr. Coffey holds music degrees from the University of North Carolina and the School of Sacred Music of Union Theological Seminary in New York. In 1979 he received the premier prix d’orgue after studies with organist Marie-Claire Alain at France’s École National de Musique, Rueil-Malmaison.

In 2014, Mr. Coffey stepped down as Artistic Director of CONCORA, Connecticut Choral Artists, which he founded in 1974 as the region’s first all-professional concert choir.

Julianne Alberty has worked in both the arts and non-profit sector for the past two decades, most recently as the Executive Director of Volunteer Square, an organization that connects volunteers with opportunities across Connecticut, through an online matching service. Previously, she held the position of Manager of Community and Family Programs at Lincoln Center Education where she led the team that launched a family engagement initiative for those who wouldn’t otherwise have access to Lincoln Center. In just two years, the program served over 700 families. She has also established arts education residencies in domestic violence shelters and secure detention sites serving court-involved young people in New York City. As an arts consultant, Julianne has been the Managing Director of New England Theatre Conference, a theatrical trade organization that connects, supports and provides resources to theatre artists and educators throughout the New England region, since 2017. She also serves as the Director of Ads and Sponsorships for Shakespeare on the Sound in Rowayton, CT, during their summer season. Prior to entering the non-profit administrative sector, Julianne worked as a professional stage manager in New York City and in regional theaters in CT for 10 years. A native of Fairfield County, Julianne relocated from New York City to Milford, CT in 2016, where she lives with her husband and their two children. 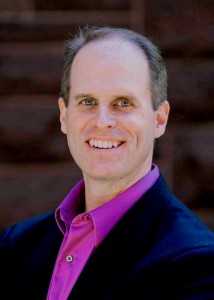 Mr. Pott has soloed in numerous performances of the Handel Messiah, as well as the Bach Mass in B Minor, St. Matthew Passion, St. John Passion, Magnificat, various Cantatas, and as the Evangelist in the Christmas Oratorio. He has performed a variety of operatic roles with Connecticut Concert Opera, CONCORA, UConn Opera, and the Asylum Hill Music Series in Hartford.

Most recently, in May of 2017, he reprised the role of Dr. John K. Meneely in a large scale production of the dramatic oratorio, Letter from Italy, 1944, with the Hartford Chorale, GMC and HSO. In April, 2013, he sang the role of Dr. Meneely in the world premiere. He is also featured on a recording of the music of Morten Lauridsen by the Hartford-based professional choir, Voce. Mr. Pott is a member of the voice faculty at Central Connecticut State University, The Center for Creative Youth at Wesleyan University (CCY), and the Hartt Community Division at the University of Hartford, where he is also the founding director of the Hartt Community Division High School Chamber Choir. Since 2016, he has been Director of Music and Arts at Asylum Hill Congregational Church in Hartford.

He holds a Bachelor of Music degree in vocal performance from the University of Michigan, and also did graduate studies in choral conducting and voice performance at the University of Connecticut. Mr. Pott resides in South Windsor, CT, with his wife and two children. He is thrilled to be joining the Hartford Chorale for the new season, and looks forward to working with so many friends and familiar faces. 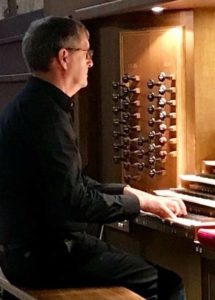 James R. Barry has been the accompanist for the Hartford Chorale since 1995, serving under three conductors and numerous guest conductors, and accompanying the Chorale on three international tours. He is Minister of Music at St. James’ Church, Glastonbury, and Assistant Organist at St. Patrick-St. Anthony Church, Hartford. In addition to earning degrees from the Rhode Island School of Design, the Hartt School and Yale University, Mr. Barry has studied organ with Edward Clark and Thomas Murray, conducting with Marguerite Brooks, and organ improvisation at Salisbury Cathedral. He is a 2013 graduate of the UConn Nonprofit Leadership Program, Encore!Hartford.

He was Director of Artistic Operations at the Hartford Symphony Orchestra, and Coordinator of the Jackie McLean International Festival of the Arts. For fourteen years, he was Canon Precentor at Christ Church Cathedral, Hartford, overseeing an active music program of choirs and concert events.

Mr. Barry was organ soloist for the Hartford Symphony Orchestra’s Aaron Copland Classical Conversations series and has played organ recitals at St. Thomas Church and the Cathedral of St. John the Divine, New York City, as well as Washington National Cathedral. Choirs and soloists under his direction have collaborated on programs with the Hartford Symphony Orchestra, Connecticut Opera, Hartford Chorale, Hartford Stage Company, South Church Music Series, Trinity College Concert Choir, and the Manchester Chorale. He served as American Guild of Organists Region I Councillor and three terms as Dean of the Greater Hartford Chapter. He is Chair of the CONCORA Friends of Bach Committee, past board member of the Woodland Concert Series, and served as Director-at-Large of the Association of Anglican Musicians.